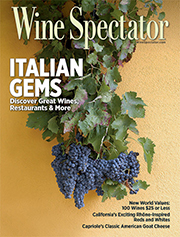 Wine Spectator is an American magazine specializing in wine industry news and tasting notes. Founded in 1976 by Bob Morrisey, it was purchased by its current owner, Marvin Shanken, just three years later. Each year the Wine Spectator 'Top 100 Wines' and 'Wine of the Year' awards are eagerly awaited.

Wine Spectator editors review more than 15,000 wines each year in blind tastings. Every issue of Wine Spectator magazine contains 400 to 1,000 wine reviews with detailed tasting notes and drink recommendations. We set stringent standards for ourselves and rely on the proven ability and experience of our editors as tasters and critics. 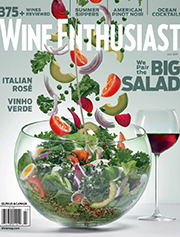 A New York-based magazine and website specializing in wines, spirits, food and travel, Wine Enthusiast was founded in 1988 by Adam Strum, who remains its Editor-in-Chief today. The magazine now has a steadily growing U.S. distribution of over half a million readers.

A 38-year veteran of the wine and media businesses Strum co-founded Wine Enthusiast catalog and magazine. Both have had a major impact on increasing wine consumption and wine culture in America.

Formerly Senior Editor and European Bureau Chief of Wine Spectator magazine, James Suckling began his career at Robert Parker’s Wine Advocate during the 1980s and oversaw its monumental growth leading up to today.

Continuing to write for the Wine Advocate, Suckling launched his own website in 2010 where he reviews his beloved Bordeaux wines according to the ‘Wine Spectator 100-point scale’, very similar to Parker’s own.

Suckling has brought a new modern style of wine reviewing to the fore, with a heavy influence on blogs and video tastings and interviews on his website. Several other critics have been influenced by his visual style and have followed suit. 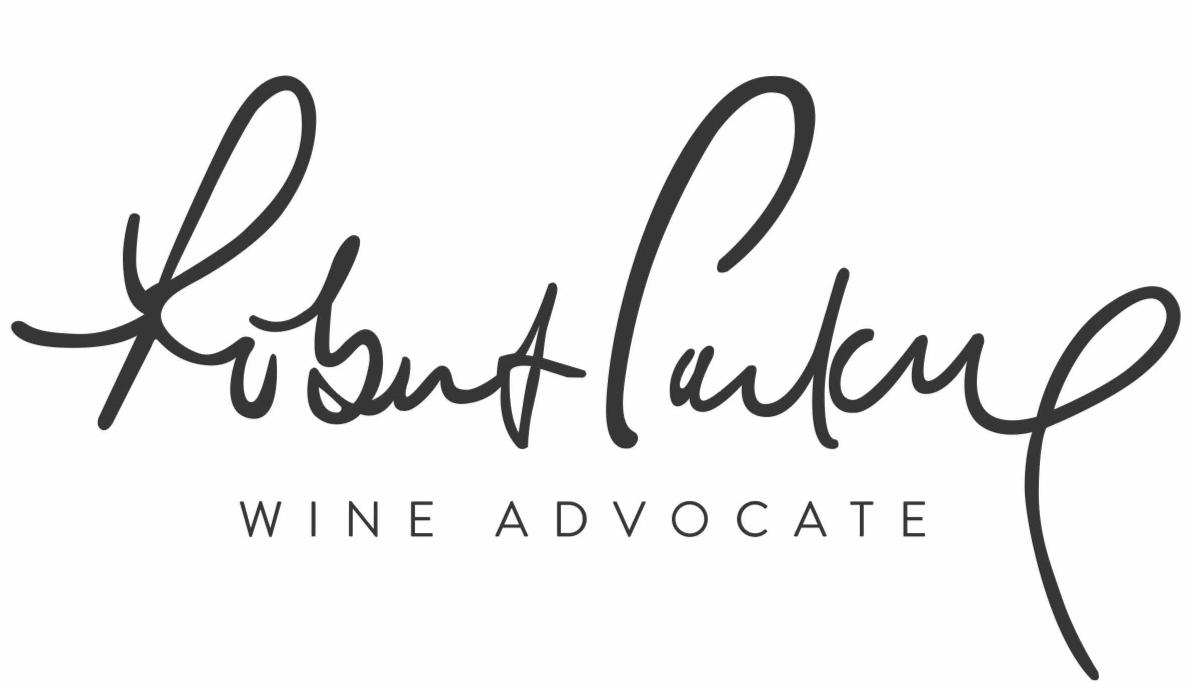 Possibly the single most influential critic in the world of wine, the scores and re-scores of American-born Robert Parker Jr are eagerly awaited by collectors and investors around the globe. His nose and palate are insured for $1,000,000, the reason behind his nickname, ‘the million-dollar nose’.

Parker shook up the world of wine in 1978 when he launched the first free issue of his bi-monthly newsletter, The Wine Advocate. This was the first independent consumer guide to buying wine and had a huge effect on the American wine-buying public. Today it has more than 50,000 subscribers and though Parker remains an owner, he announced in 2012 he would be stepping down as editor-in-chief. He continues to provide influential scores for Bordeaux and Rhone wines, leaving ratings of other regions to fellow critics at The Wine Advocate.